Your Car will Thank You. And So Will Your Wallet - save up to $15Get Coupons 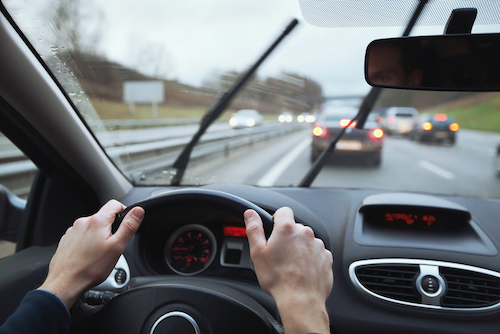 Why My Windshield Wipers Aren’t Working

When your windshield wipers aren’t working correctly, it’s not only frustrating, but it’s a potential danger for yourself and everyone else on the road ahead. We’ve 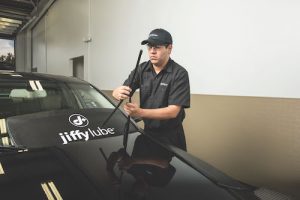 all, at one point or another, witnessed faulty wiper blades that fail to clear the sight for the driver, and sometimes the limited visibility is enough to finish the current ride. But if harsher storms occur, the ability to see the road can be so difficult that pulling over safely may not even be possible. There are ways to prevent the sudden failing of your wipers by maintaining consistent auto repair throughout the years. But what does inspecting your windshield wipers entail, and which parts fail most? Let’s go over the different parts of your wiper system, and when it’s time for a windshield wiper replacement.

The wiper motor is the driving force behind the power given to the blades, and there are a few things that can go wrong in this area of your wiper system. If you determine through testing that the issue with your wiper system is electrical, then it’s time to consider a motor replacement next time you receive auto repair. If your windshield wipers aren’t moving at all, the way to check if your issue is mechanical or electrical is by first turning your vehicle off. Then, attempt to manually move the blades back and forth. If the wiper blades are able to move, then the problem lies within the mechanical links between your motor and your wipers. If the blades don’t budge at all, that means the problem is electrical. In either case, the motor or internal components can be replaced if necessary during an installation of Jiffy Lube windshield wipers.

A more specific component of the wiper motor is the wiper fuse, which can burn out after the motor is overloaded. The fuse burns out as a preventative measure to keep the more expensive wiper motor from burning out first. Any sort of visible or hidden debris which may be caught in between the blades or crevasses of the windshield are the first things to look for if you notice the wiper fuse has busted. Heavy snow, or any other type of blockage can certainly create enough stress to overload the motor, so be sure to replace the fuse before the motor gives out next.

If you notice that one of your wipers is moving just fine and the other is not, the issue may be that the pivot nuts have become too loose. This common issue will still allow the wiper motor to turn the pivot, but the arm will not be able to move. Even if the arm is able to move, the result may be an inefficient cleaning of the windshield. If either the pivot itself or the nut has been damaged, these parts can easily be replaced along with a new set of Jiffy Lube windshield wipers. 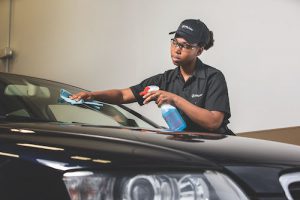 While the issues above don’t immediately spell the need for windshield wiper replacement, physical damage definitely cannot sit around for very long. Once a bit of tearing happens to the rubber on the wiper blades, the failing wipers can actually cause more damage to your windshield if left unchecked. Jiffy Lube windshield wipers can replace torn up wipers that have incurred damage from frost or any other road debris. With consistent auto repair focused on these easily forgettable internal components, drivers can cut down on the amount of windshield wiper replacements needed each year. We hope this article has given you the insight needed to fix your windshield wipers problems so you can return to the highway with 100% visibility.

Notice: Undefined variable: value in /opt/bitnami/apps/wordpress/htdocs/wp-content/themes/understrap/single.php on line 52
You Can Do More, In A Jiffy™

The website "Jiffy Lube" would like to use your current location. Please allow it in your browser settings.